‘We do not live on bread alone, especially in these times,’ says Brother Guy Consolmagno, director of the Vatican Observatory. 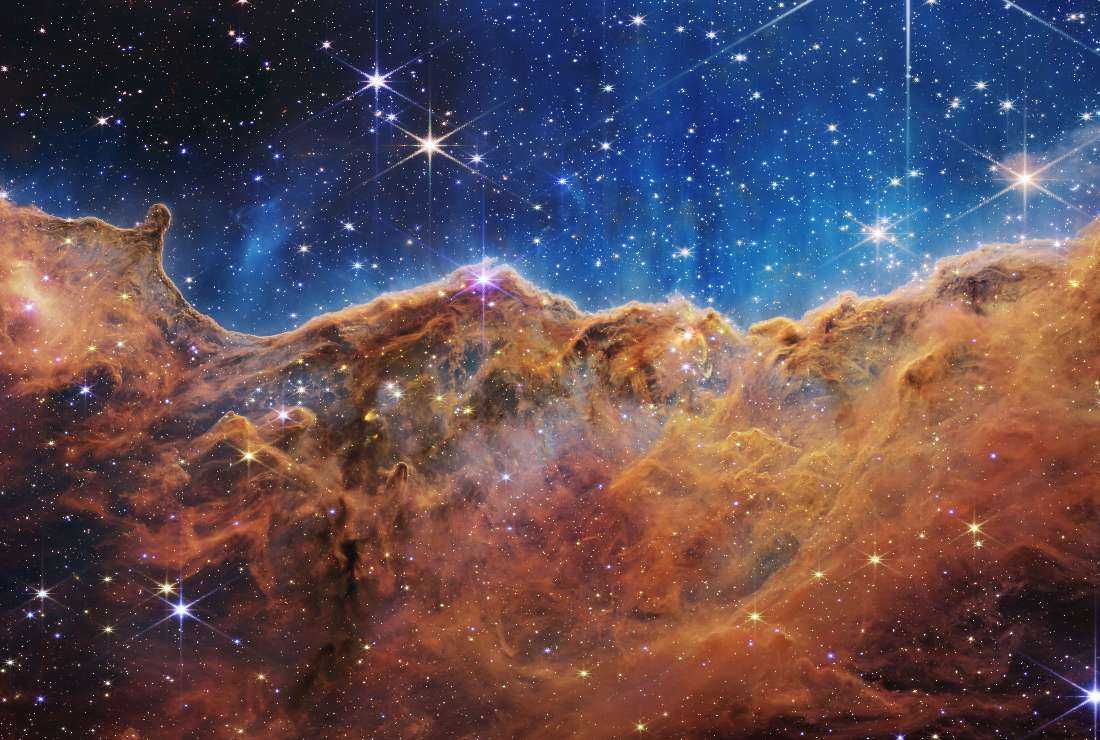 This image released by NASA on July 12 from the James Webb Space Telescope (JWST) shows a landscape of mountains and valleys dotted with twinkling stars, which is actually the edge of a nearby, young, star-forming region called NGC 3324 in the Carina Nebula. . (Photo: AFP)

The Jesuits at the Vatican Observatory, like most people, were impressed by the beauty of the images from NASA’s James Webb Space Telescope, but the director said they were also excited about the scientific information that the telescope will reveal.

“Such images are a necessary food for the human spirit – we do not live on bread alone – especially in these times,” said Jesuit brother Guy Consolmagno, director of the observatory, after NASA released the first series of images from the space the agency describes as “the largest , most powerful space telescope ever built. “

“The pictures are amazing that anyone can see for themselves,” said Brother Consolmagno. “It’s a tempting glimpse of what we’ll be able to learn about the universe with this telescope in the future.”

NASA described Webbs’ mission as studying “every phase of 13.5 billion years of cosmic history – from our solar system to the most distant observable galaxies in the early universe and everything in between.”

“The science behind this telescope is our attempt to use our God-given intelligence to understand the logic of the universe,” said Brother Consolmagno. “The universe would not function if it were not logical. But as these images show, the universe is not only logical, it is also beautiful.”

“This is the creation of God that is being revealed to us, and in it we can see both His amazing power and His love of beauty,” said the Jesuit.

The director of the Vatican’s observatory also noted that “astronomy is a small field,” so he knows many of the scientists who helped build the instruments on the telescope and plan its observations.

Their many years of effort, he said, “is a tribute to the power of the human spirit, what we can do when we work together.”

“And at the same time,” he said, “I am amazed and grateful that God has given us humans, his creation, the ability to see and understand what he has done.”

Pointing to the telescope’s “first spectrum of water vapor in the atmosphere of an exoplanet,” a planet orbiting a star outside the solar system, Brother Consolmagno reminded readers of one of his Jesuit predecessors.

“It was about 150 years ago when Father Angelo Secchi, SJ, placed a prism in front of his telescope lens on the roof of St. Ignatius ‘Church in Rome, making the first spectral measurements of the planets’ atmospheres in our own solar system,” he said. “I can only imagine how happy he would be to see the science he pioneered applied to planets not known to him orbiting distant stars.”