Cutting off his ear might have put Vincent Van Gogh atop any league of tortured artists.

But those who believe Van Gogh’s anguish made him a better painter may need to think again.

Because the myth of the tortured artist has been debunked in a study that links creativity to well-being.

Dancers, inventors, and those with a passion for art and music rated their creativity higher on days when they felt more positive.

Neurotics – more likely to be the tortured type – were less creative, researchers at Goldsmiths, University of London, told the Creativity Research Journal. Author Professor Joydeep Bhattacharya said: ‘The data suggests that being in a happy and energetic mood makes you more creative.’ 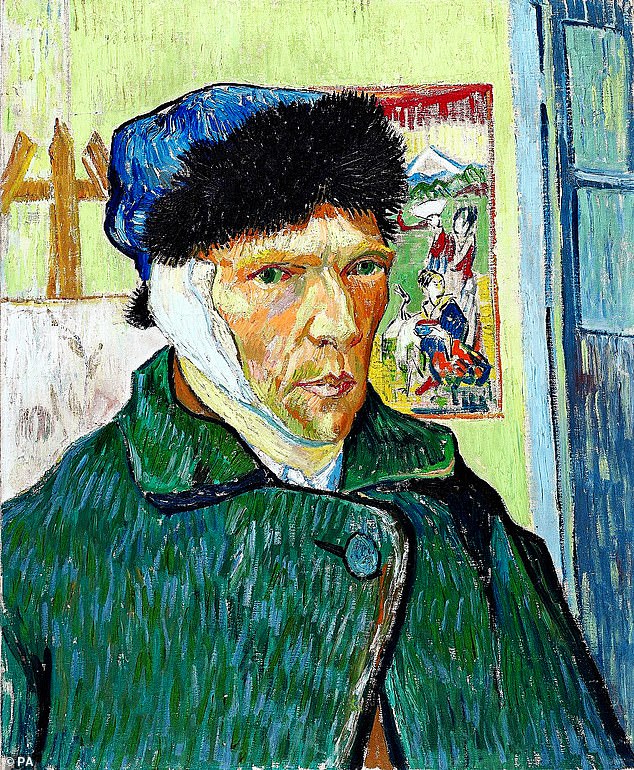 Van Gogh’s self-portrait is on display at The Courtauld Gallery. Van Gogh famously cut off his ear during a disagreement with another artist. He started hallucinating and chopped off his ear before going to a nearby brothel where he presented it to a prostitute. He later had no recollection of the event

The findings come from a survey of 290 creative people, including professional dancers, artists and inventors, as well as design and writing students and people who pursued creative hobbies such as painting or music for at least 20 hours a week.

These people completed a diary for about a fortnight, in which they rated how creative they had been each day, inside and outside of work, and how strongly they felt different emotions.

On days when people felt more positive, they reported being more creative.

This was especially the case when experiencing “active” emotions such as excitement and enthusiasm, which can boost motivation.

The study also asked people to fill out questionnaires to rate their personality traits.

It found that neurotic people, who might be expected to fall into the category of tortured artists, were actually less creative.

Creative people, less glamorously, tended to be conscientious types who could be expected to focus and get things done.

Instead of being more imaginative when they were feeling anxious, people in the study tended to be less creative on unhappier days compared to happy days.

This was based on their rating of negative emotions such as sadness.

Neurotic people, with the same qualities as tortured artists, recorded lower levels of creativity in their daily diaries—generally, and both when they were at work and when they were pursuing a hobby.

Researchers believe that restless, neurotic people who are ‘trapped’ in their own heads have a harder time letting their minds wander and coming up with creative ideas.

A better personality trait for creativity might be ‘openness’, which means being excited about new experiences and ideas.

This was strongly associated with creativity, as people who are less set in their ways may find it easier to ‘think outside the box’. 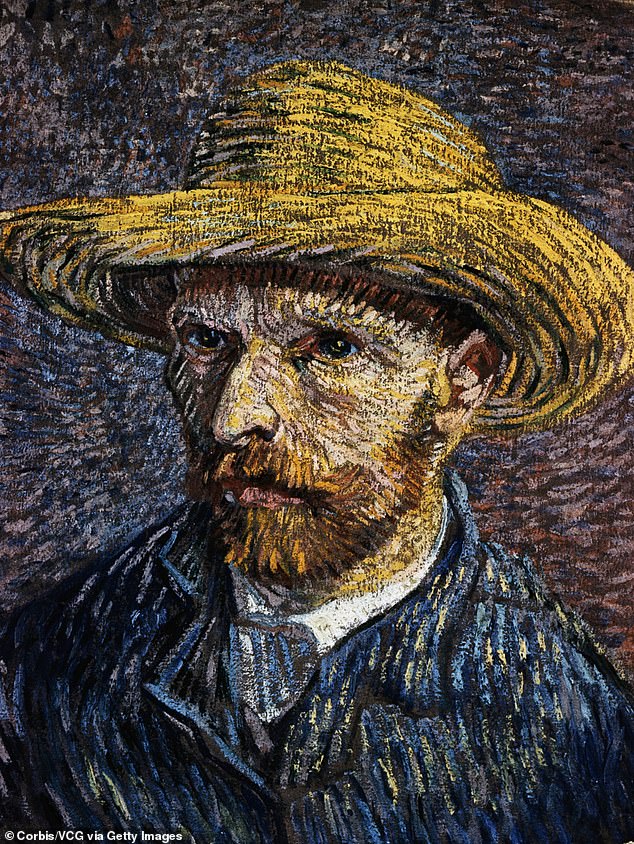 Creative people, less glamorous, tended to be conscientious types who could be expected to focus and get things done, the study suggested

Conscientious people are often seen as boring or studious, but the study found they reported higher levels of creativity, especially at work.

Being determined to get the job done can play an important role in creative problem solving for professionals such as designers and architects.

The study participants, aged 18 to 70, were also asked to answer questions about their well-being in the daily diaries, which measured things like their sense of meaning in life, connectedness to other people and hope for the future.

Those with the greatest well-being also appeared to be the most creative.

It could be that being creative made people happier, rather than happy people being more creative, so more research is needed.

Neurotic people may also have perceived themselves as less creative than they actually were.

But the study authors say the hopeful advice for people with a creative streak and their employers is that they will do better work on a day when they feel energized and happy.