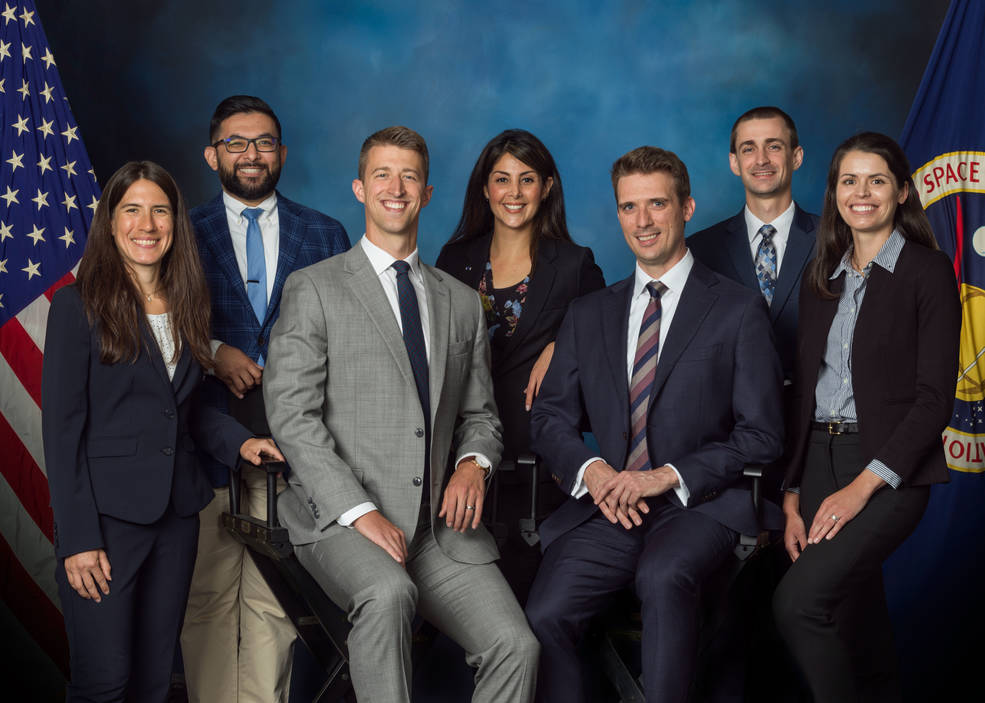 NASA has selected seven new additions to the team of flight directors to oversee operations of theInternational Space Station, commercial crew, and Artemismissions to the Moon. The inductees in the class of 2022 include Heidi Brewer, Ronak Dave, Chris Dobbins, Garrett Hehn, Nicole McElroy, Elias Myrmo, and Diana Trujillo.

After completing a comprehensive training program that includes operational leadership and risk management, as well as the technical aspects of flight control and spacecraft systems, these future flight directors will lead human spaceflight missions from the Mission Control Center at NASAs Johnson Space Center in Houston.

In this role, these individuals will lead teams of flight controllers, research and engineering experts, and support personnel around the world, making the real-time decisions critical to keeping NASA astronauts safe in space.

These highly qualified individuals will be responsible for keeping astronauts safe and executing human spaceflight missions, said NASA Director of Flight Operations Norm Knight. There were many outstanding candidates, both from within the agency and across the spaceflight industry, which is a great indication of the tremendous talent we have here at NASA and within the growing spaceflight community.

NASAs flight directors lead missions to the space station and are preparing for lunar missions for NASAs Artemis program. The total number of agency flight directors is now 108 since the namesake of the Mission Control Center, Christopher C. Kraft Jr., became the agencys first flight director in 1958. The new class will be at the forefront of everything humans do in space, following in the footsteps of Apollo-era flight directors, including Glynn Lunney, Gene Kranz, and Kraft.

Becoming a NASA flight director requires years of study and dedication, as well as a background of professional experience in a high-stress environment, requiring fast-paced decision making.

I am honored to welcome the flight director class of 2022. This diverse group brings with them an impressive body of experience flying the space station, launching rockets, driving Mars rovers, and developing interplanetary missions, said acting NASA Chief Flight Director Emily Nelson. These flight directors and the experience they bring with them will be critical in humanitys return to the Moon and future exploration of Mars. Im proud to have them join our team.

Heidi Brewer started her career at NASA in 2006 in the Space Shuttle Instrumentation and Communications Officer group.In that role, she supported 19 shuttle missions and was a lead for the final shuttle flight, STS-135. At the conclusion of the shuttle program, in 2011, Brewer transitioned to the Space Station Integration and Systems Engineer group, where she worked as a specialist in integrating operations and training with SpaceX. She supported more than 20 Dragon missions for NASAs Commercial Resupply Services and Commercial Crew Programs, serving as a lead for multiple SpaceX resupply missions to the station for NASA, and Axiom Mission 1, the first private astronaut mission to the space station. Brewer also served as a lead operations integrator for the Bigelow Expandable Activity Module, the Common Communication for Visiting Vehicles ship-to-ship radio system, and most recently, the Artemis human landing system.

Dave was raised in Secaucus, New Jersey, and graduated from Purdue University in West Lafayette, Indiana, with a Bachelor of Science degree in aeronautical and astronautical engineering.

Chris Dobbins also began his NASA career in 2011 in the Pathways Intern Program. He started his full-time NASA career as a space station Environmental and Thermal Operating Systems flight controller in 2014, logging more than 2,500 hours of console time and serving as a lead for the International Space Station Expedition 56 and several spacewalks.He later began supporting the Boeing Starliner spacecraft as an Emergency, Environmental, and Consumables Manager flight controller, working in Mission Control for the companys uncrewed flight test for NASA.He most recently served as the ascent and entry lead for Boeings Orbital Flight Test-2, while helping develop operational strategies and conduct astronaut training for the companys crewed flight test mission, including crewed vehicle emergency response procedures.

Dobbins is originally from Crystal Lake, Illinois, and graduated from the University of Michigan, Ann Arbor, with a Bachelor of Science degree in aerospace engineering.

Garrett Hehn began his career at NASA in 2014 in the International Space Station Trajectory Operations group and became certified as a Trajectory Operations Officer in 2016. In that role, he served as lead for Expedition 50, a SpaceX commercial resupply mission to the space station for NASA, Sierra Space Dream Chaser development, and Boeings Crew Flight Test. Hehn led an overhaul of an agency training flow and has been an instructor for other trainees since achieving certification as a trajectory operations officer. In 2018, he expanded his scope to become the lead Artemis II Flight Dynamics Officer while maintaining his previous roles. Earlier this year, he obtained his flight dynamics officer certification for Artemis I.

Hehn was raised in Pittsburgh and graduated from Virginia Tech in Blacksburg, Virginia, with a Bachelor of Science degree in aerospace engineering and minors in mathematics and Spanish.

Nicole McElroy joins the NASA flight director team from Virgin Orbit in Long Beach, California, where she worked as the launch director. McElroy first started her work at Virgin Orbit as an intern, and then returned full-time as a propulsion systems engineer designing the propellant and pressurant management systems. She later qualified those systems for flight, leading the first stage and second stage test campaigns. McElroy ultimately joined the launch operations team as the rocket systems operator for LauncherOnes first two flights. She served as launch director for the third and fourth flights, where she was responsible for the entire launch operation timeline.

McElroy was born in England and raised in Highlands Ranch, Colorado. She graduated valedictorian from the Columbia University School of Engineering and Applied Science in New York, earning a Bachelor of Science degree in mechanical engineering in 2015.

Elias Myrmo joined NASA in 2008 in the Flight Operations Directorates Mission Systems Division, working on Mission Control Center systems and information technology infrastructure. Myrmo became a communication radio frequency onboard network utilization specialist in 2010, logging more than 2,000 hours at console in support of International Space Station Expeditions 32 through 50. Since 2016, he has served as lead of the Exploration Flight Dynamics and Operations Group, responsible for the training and certification of flight dynamics officers for Artemis missions. The group also is responsible for protection of the public on launch day through range safety, as well as day-of-launch update operations for the agencys Space Launch System rocket during Artemis missions.

Myrmo was raised in Naples, Florida, and graduated from the University of Central Florida in Orlando, with a Bachelor of Science degree in computer science.

Diana Trujillo most recently served as the Integrated Planning and Sequencing for Surface Missions Group Supervisor at NASAs Jet Propulsion Laboratory in California. In that role, she supported mission operations for NASAs ongoing exploration missions on the surface of Mars as well as the planned Mars Sample Return mission.She previously served as a mission lead for the Mars Perseverance rover, where she was responsible for the rovers tactical command team and the team that analyzed the rovers telemetry to determine its health and state. She served as a surface flight director during the early surface operations of the Mars Perseverance rover, including rover commissioning and the deployment of Ingenuity, the first helicopter to operate on another planet. Previously, she served as a mission lead and the engineering operations deputy team chief for the Mars Curiosity mission.

Trujillo was born and raised in Cali, Colombia, and earned a Bachelor of Science degree in aerospace engineering from the University of Maryland in College Park, with additional studies at the University of Florida in Gainesville. She also is a graduate of Miami-Dade College in Florida and the NASA Academy at NASAs Langley Research Center in Virginia. In 2021, she received the Cruz de Boyac, the highest honor that the government of Colombia bestows upon civilians.

/Public Release. This material from the originating organization/author(s) may be of a point-in-time nature, edited for clarity, style and length. The views and opinions expressed are those of the author(s).View in full here.