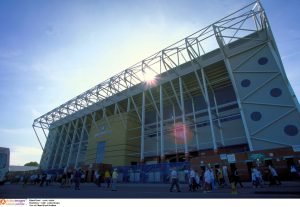 Leeds United have followed in Liverpool’s footsteps by getting artificial intelligence to help with their injury problems and not repeat last season’s problems, according to LeedsLive.

Liverpool, Rangers and Valencia are on the list of a number of clubs that use the latest technology that is widely used in the NFL and Premier League Rugby.

The whites have signed up for Zone7, a U.S. company that uses an artificial intelligence-driven human performance platform designed to help athletes reduce the risk of injury and help avoid long periods on the sidelines.

“The algorithm works by analyzing player data on and off the field, using training and match day information as well as biometric, strength, sleep and stress levels to identify undetected risk patterns and create real-time injury threats… It also works to provide coaches with intervention methods , with data showing that it has helped reduce the injury rate by as much as 50 percent at other football clubs.

This will come as good news for Leeds fans, and after all the injury problems they had last season, they will be willing to try anything if it keeps their stars on the pitch. Whether it was the training or the physical demands placed on the players, it will be interesting to see if they can keep the players in shape for longer periods this time around.

As Leeds missed key players in crucial areas for long periods of the season, they will hope that this new technology will help Jesse Marsch utilize his team with greater impact and keep key players in the starting lineup.

Next: Leeds has no intentions of letting the star go.