By Adam Solomons to Mailonline

A piece by famed British artist Damien Hirst was taken down after animal rights activists complained that a UV light inside killed flies.

‘A Thousand Years’ (1990) has two connected glass showcases, one with a box where flies and maggots hatch, and another with UV light.

Flies hatch and go towards the light before being zapped.

The iconic work was removed from the exhibition at the Art Museum Wolfsburg in northern Germany this week after PETA and the city’s veterinary office expressed opposition. 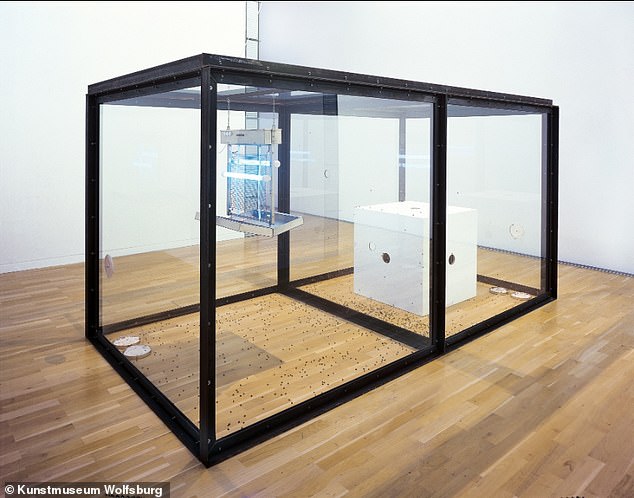 A tamer version of ‘A Thousand Years’ than previously shown, PETA and Wolfsburg’s veterinary office nevertheless fought for the work to be removed – and won 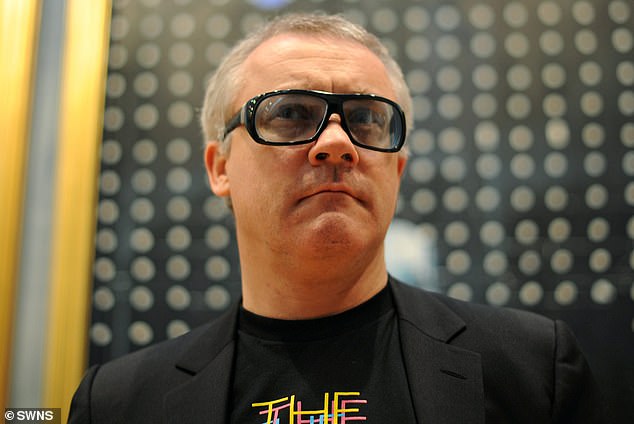 They claimed that the play violated Germany’s animal welfare law, which prohibited the killing or harm of animals ‘without good reason’.

A PETA official said: ‘Killing animals has nothing to do with art, it just shows the arrogance of people who literally do not want to stop at anything for their own interests.’

Museum director Andreas Beitin said: ‘We thought flies were not covered by the Animal Welfare Act.’

Previous versions of the work have included a rotting cow head under the light, but it was not included in the Art Museum’s exhibition.

Hirst, whose work is often centered around death, has described the work as ‘a life cycle in a box’.

It is believed that the works of the British artist have contained a million dead animals, most of them insects.

His most famous work, ‘The Physical Impossibility of Death in the Mind of Someone Living’ (1991), is a preserved tiger shark encased in glass.

Legend has it that the post-war painter and Hirst’s hero Francis Bacon once studied A Thousand Years for more than an hour.

The work was first shown at Bermondsey Gallery Building One in 1990.

Hirst’s collector and former friend Charles Saatchi reportedly stared open-mouthed at the work when it was first unveiled – before buying it. 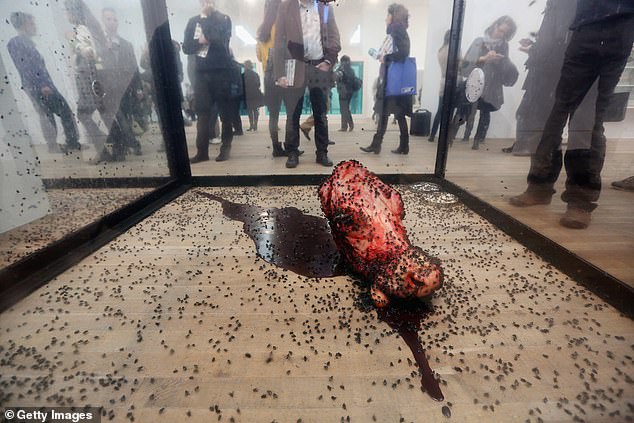 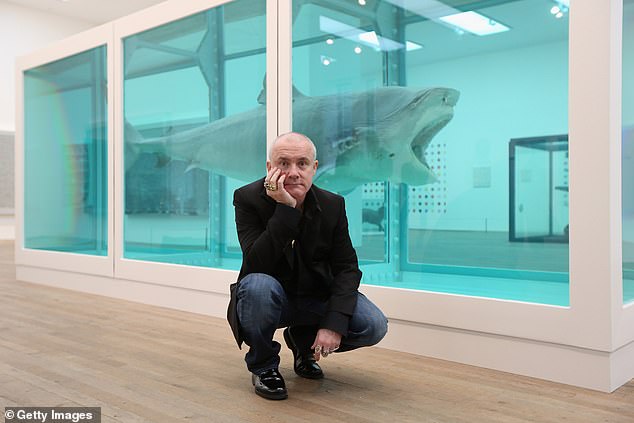 Hirst poses with the encapsulated tiger shark, his most famous work, at Tate Modern in April 2012

More than 9,000 butterflies were killed during the six-month series of ‘In and Out of Love’ at Tate Modern in 2012.

The RSPCA slammed the ‘so-called’ art exhibition ‘and said:’ There would be a national outcry if such an exhibition involved any other animal – such as a dog.

“Just because it’s butterflies we’re talking about here, does not mean they do not deserve to be treated with kindness.”