Apple officially launched a new feature called “Lockdown Mode” at this year’s WWDC. This new feature comes with the iOS 16 system and aims to combat “Pegasus” and other malicious software. Apple will offer the industry’s highest $ 2 million bonus for encouraging outsiders to crack iOS 16’s locked state. Lockdown mode is an extremely strict security defense mode. That the main application scenario is when users suspect that their mobile phone has a Trojan horse. Furthermore, it also protects the iPhone from surveillance from unknown sources. 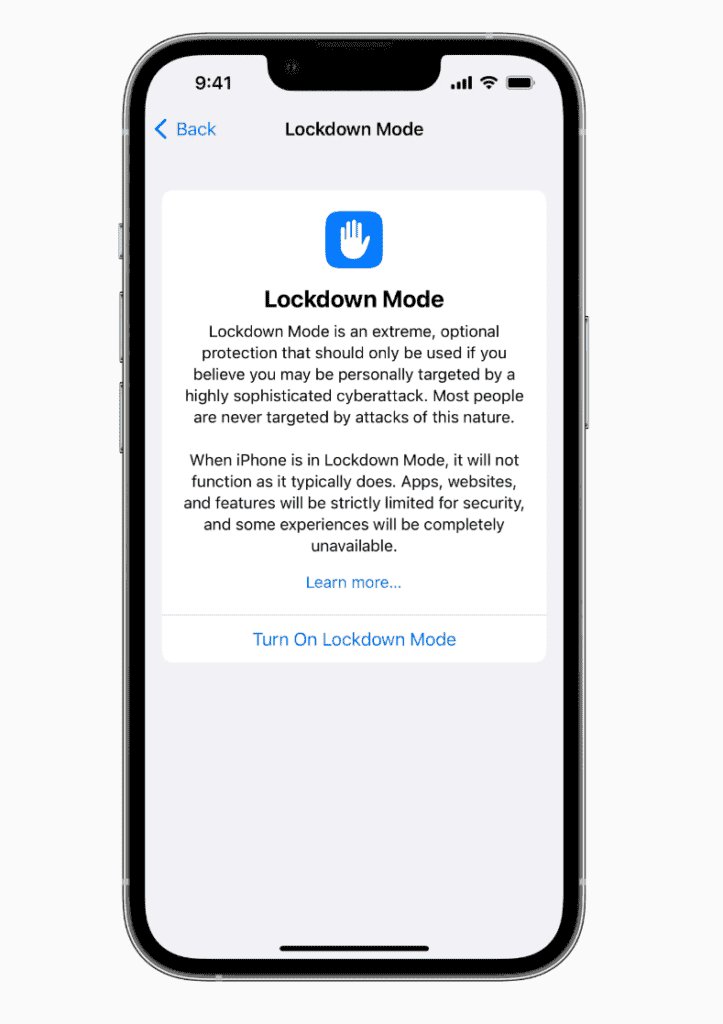 When iPhone is locked, the system will block image attachments and link previews in most iMessages. In addition, it will block invitations through Apple services, such as FaceTime calls from strange numbers. Additionally, iPhone data will be blocked until the device is unlocked. The user cannot install new remote control software and the Safari browser disables the Jacascrip just-in-time compilation feature. The description file is not installed either. Lockdown mode will be available for developer testing this summer, with an official release for the fall.

“While the vast majority of users will never fall victim to a targeted cyber attack, we still need to protect all users of Apple products,” said Ivan Krsti, Apple’s director of security technology and architecture, in a statement. “Lockdown Mode is a groundbreaking feature that reflects our unwavering commitment to protecting users from attack.”

A cell phone spyware called “Pegasus” has invaded more than 50 countries around the world. According to reports, the number of people this malware monitors can be as high as 50,000. When “Pegasus” invades a mobile phone, it can extract text messages, pictures, emails, record calls and remotely turn on the phone’s microphone and camera without the user’s knowledge. This poses a major threat to users’ privacy. Pegasus is a development of the Israeli software monitoring company NSO to spy on more influential people such as journalists, lawyers and politicians. NSO Group has been sued by Apple and put on a trade blacklist by US officials.